To me, To you… is the new, playful small-scale aerial dance show by Wired Aerial Theatre working with Liam Steel, commissioned by Without Walls and Brighton Festival. You can read all about the show and upcoming dates on our Productions page. We are delighted to bring some new faces on board for To me, To you…, sharing performing duties with Wired’s directors Wendy Hesketh-Ogilvie and Jamie Ogilvie. Ahead of the premiere in Brighton, here is our wonderful cast! 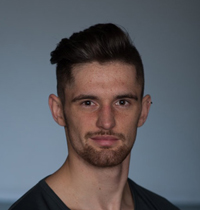 Originally from Manchester, Josh began his dance training in 2010 at Pendleton College, going on to study at the Northern School of Contemporary Dance where he acquired his Performing Arts degree in 2015. Josh then joined Mapdance at the University of Chichester, where he studied for his MA in Dance Performance until January 2017. During his time with Mapdance, Josh enjoyed working with Liz Aggis, Lee Drummer, Kevin Finnan, Abi Mortimer and Richard Alston.

Josh’s professional career began with freelance dance teaching for Tavaziva Dance Company, and he worked as a support artist for the Stride project led by Dance Manchester and Company Chameleon. Josh has also had the pleasure of performing in works by Iain Stringer Works and Ruth Jones. 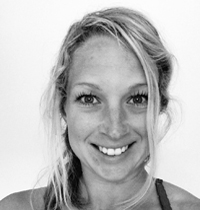 Grace fell in love with Bungee-Assisted Dance after completing a workshop with Wired in 2014. This spurred on her passion in harness-based dance, and she started to train in vertical dance with Yskynna Aerial in Cornwall. Since then she has performed in a number of vertical dance performances, including a commission for Glastonbury Festival, and at Boomtown Festival in 2016. She also co-runs and delivers vertical dance and sling workshops.

Apart from her love of aerial work, Grace pursues her passion of athletic floor based dance. She co-directs Freefall Dance, a company which aims to bridge the gap between professional, graduate and community dance. Grace has performed with companies and practitioners such as Cscape, Angela Praed, Golden Tree Productions, and Attik Dance. She is an Associate Lecturer at Falmouth University, and also teaches Pilates. 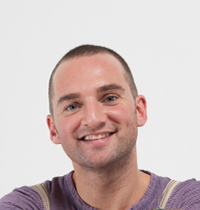 Since graduating from Northern School of Contemporary Dance in 1998, Stuart has toured nationally and internationally with companies including Wired Aerial Theatre, Motionhouse Dance Theatre, Panta Rei Dance Theatre, Dansconnect, Attik dance, Cscape, Interplay Theatre Company and Barebones. He collaborated with Protein Dance in the creation of the award-winning LOL, which went onto to tour worldwide. Stuart completed his MA in Dance Studies at the London School of Contemporary Dance in 2012.

Stuart has started to move into making his own work, with a successful Arts Council application in 2014, and a research commission for Hall for Cornwall in 2015. He has created ten commissioned choreographic works for Centre for Advanced Training (CAT) dance schemes and BA performing arts courses around the UK. Stuart also enjoys travel, and in 2009 worked with Ethiopian dance company Addis Abab, leading creative classes, and teaching children orphaned by HIV and disabled children. He worked with young Tanzanian dancers as part of a dance festival in Dar Es Salaam in 2011.